In 2019, companies' ability and willingness to borrow continued to increase, reaching the highest levels in the past four years, according to the Finance Latvia Association’s Lending Index in the business segment. This has been mainly driven by the country's overall economic growth, which, although slower, remains positive and is reflected in GDP growth and an increase in corporate profits and capital gains. Companies' ability to borrow, however, still surpasses their willingness to borrow. At the same time, banks' ability and willingness to lend to businesses, although still at a higher level than 10 years ago, has shrunk this year due to structural changes in the industry.

According to the latest figures released by the Finance Latvia Association, the lending index in the business segment has risen from 110 points last year to 114 index points this year, maintaining a steady growth rate. The positive dynamics in the business segment of the lending can be largely attributed to the growth of the gross domestic product, the growth of average personal income from EUR 961 to EUR 1083, as well as the growth of corporate profits and accumulated capital. However, the overall lending environment and the ability of companies to borrow are still affected by the large share of the shadow economy, which often prevents entrepreneurs from receiving the loan they hoped for. Compared to 2018, companies' ability to borrow has seen a rise of 10 index points, but their desire for a loan in 2019 has increased even more rapidly (+12 index points).

"Business attitudes towards digitisation and automation affect both their efficiency and productivity, as well as the overall economic trends. For businesses, the next decade will be marked by advanced technologies where concepts such as automation, large data analysis and grid parity will have a significant meaning and scale in terms of the production process. Investments in R&D and innovation will play an increasingly crucial role. Thus, we are already offering businesses a number of innovation-promoting platforms, such as clusters, competence centres and a training programme for employees where leading industry associations have taken up a major role. A total of €195.5 million is available for the promotion of innovation,”

According to the Finance Latvia Association's lending index for the business segment, although banks' ability to lend remains higher than 10 years ago, due to continued structural changes in the financial sector it has dropped by 1.7 index points this year and the willingness to borrow has dropped by 4.7 points. This has been driven by both the decline in banks' risk appetite — a result of the increase in the share of the shadow economy, the fight launched by the banks against money laundering as well as the implementation of risk reduction policies. The outflow of non-resident deposits has resulted in a reduction of the total amount of assets and available funds in banks. However, the ability of the top Latvian commercial banks to lend to companies has not diminished and the overall lending climate has even become more favourable, as evidenced by the increase in the loan-to-deposit ratio.

"The shadow economy, corporate tax avoidance and capital of unknown origin remain major factors influencing banks' ability and willingness to lend to businesses. With the wish to leave Latvia out of Moneyval’s grey list, the banks are now more carefully than ever assessing whether the company's credit application does not show signs of a predicated crime, thereby making it necessary for businesses to implement fair business practices that are in the interest of the society as a whole. At the same time, there are also a number of lending-stimulating trends: the number of late payments has decreased and the slight decrease in the number of proposed insolvency proceedings for legal entities indicates an improvement in corporate financial health,”

– explains Kārlis Danēvičs, co-chair of the Finance Latvia Association Lending Committee and a member of the board at SEB Bank.

The Finance Latvia Association's Lending Index of the business segment is a unique and complex measure of the ability and willingness of Latvian entrepreneurs to borrow, as well as the ability and willingness of the banking sector to lend. It analyses a total of 16 different indicators, such as late payments, number of insolvency cases initiated for legal entities, the share of the shadow economy, financial data of the banking sector, business sentiment, etc., thus providing a complete picture of the complexity of lending as an economic driver. The Financial Industry Association developed the index in cooperation with a number of leading Latvian experts from fields such as economics and lending, and by analysing best international practices. 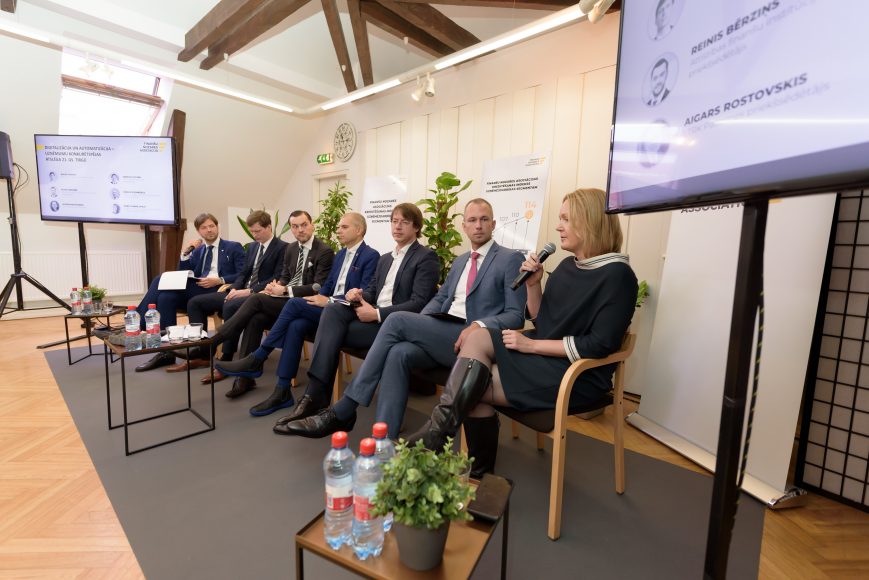 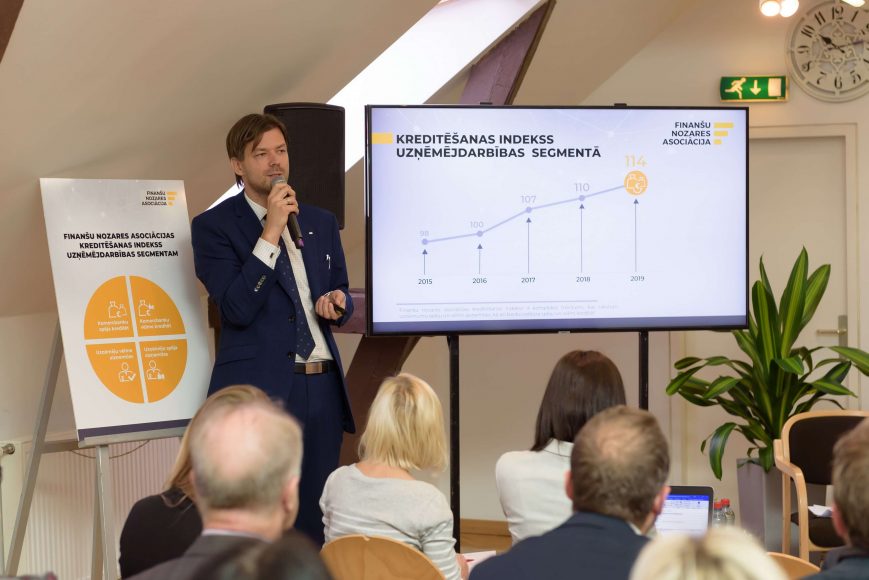 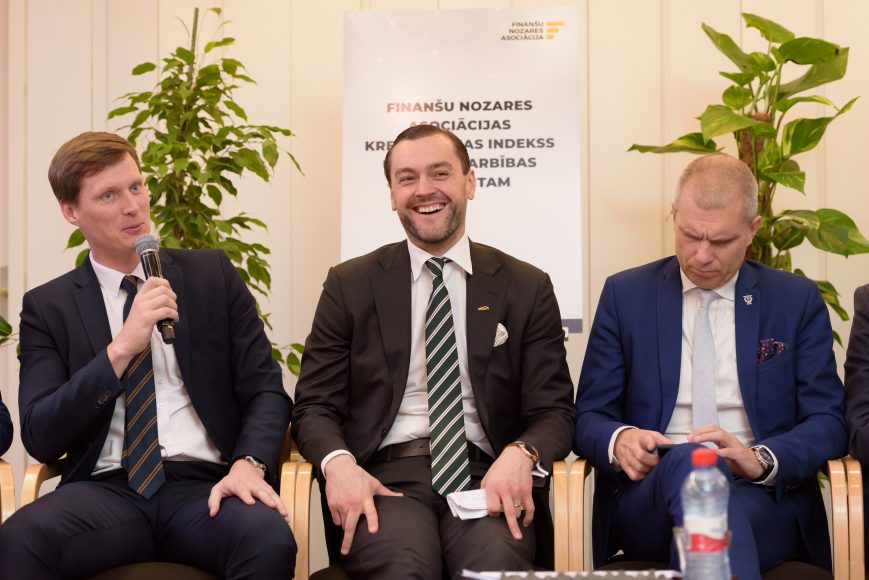 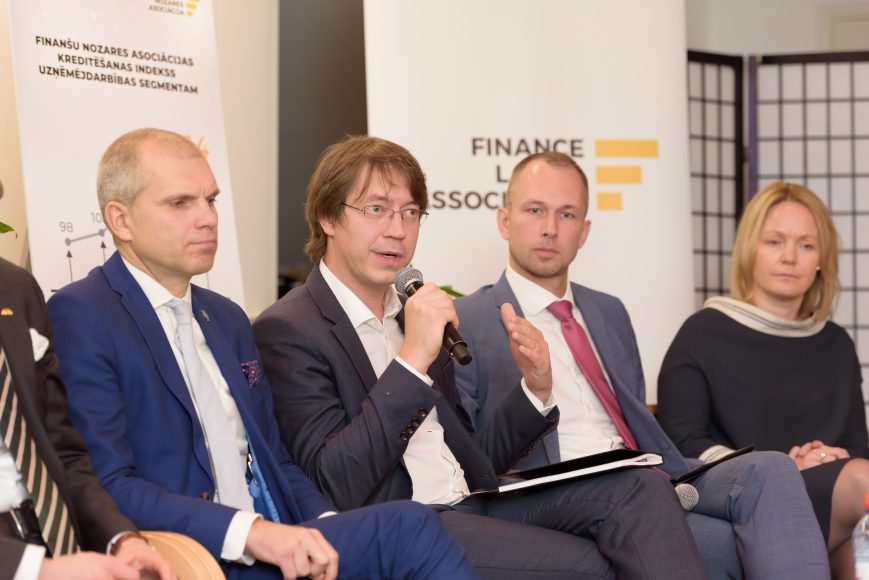 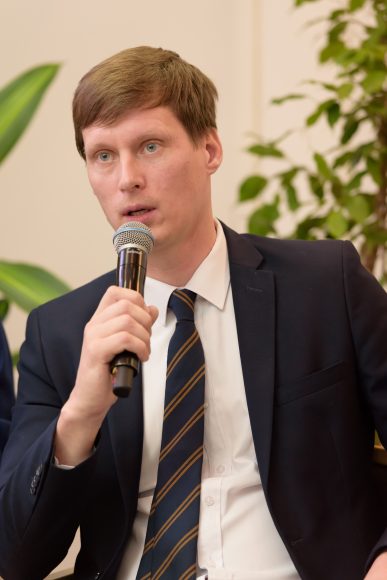 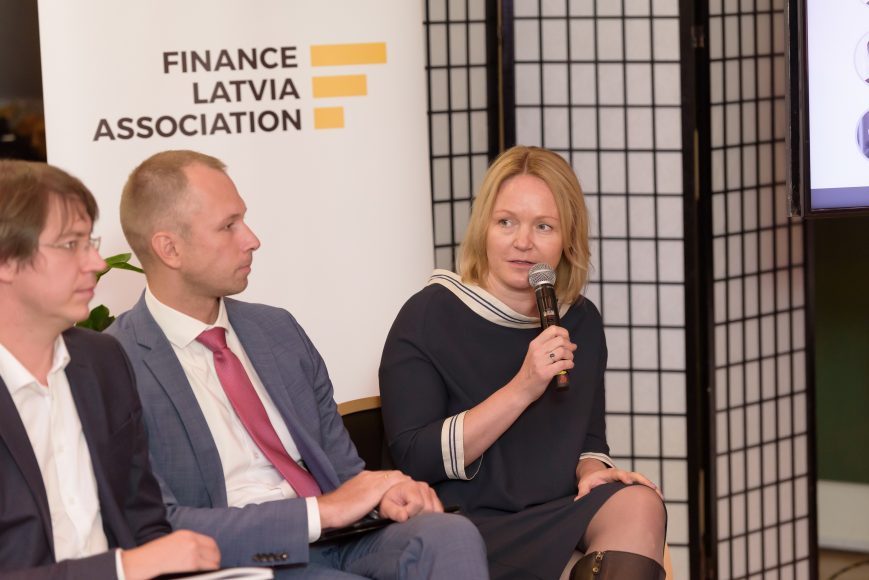 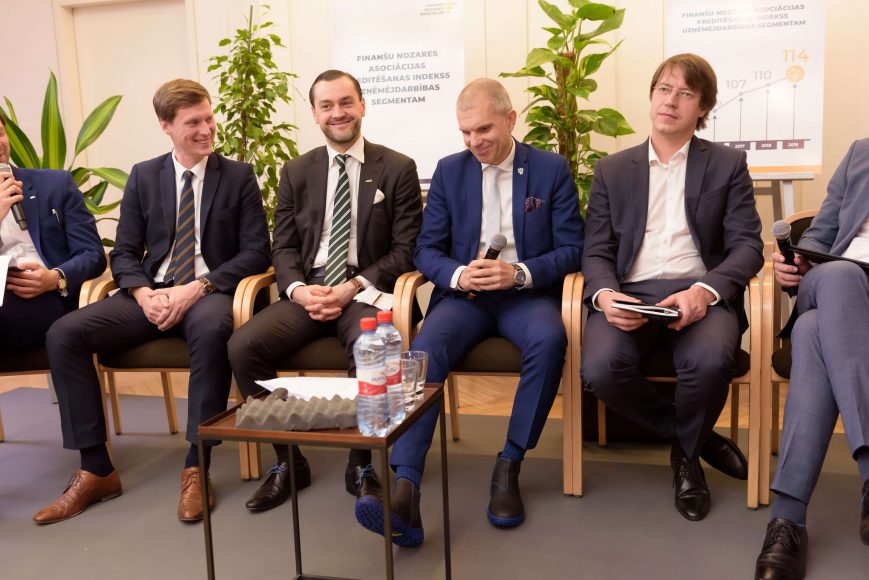 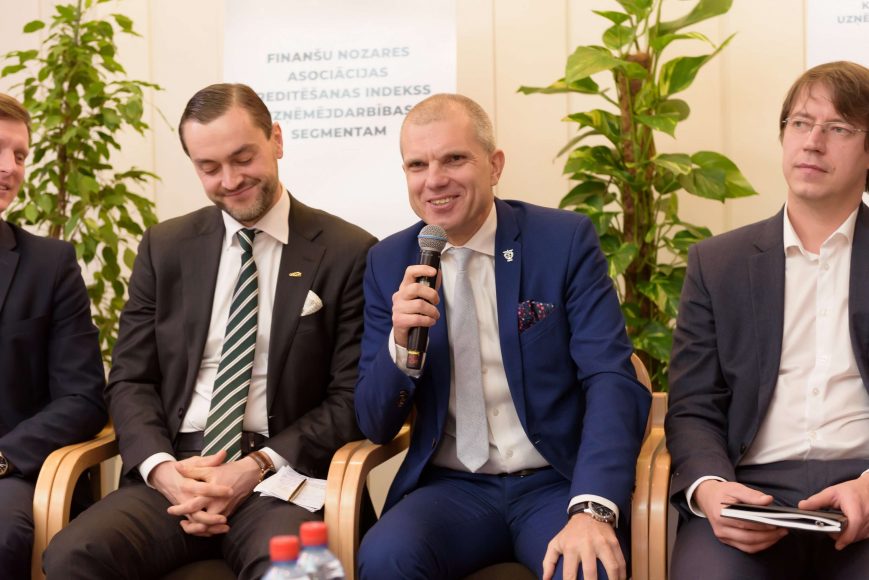 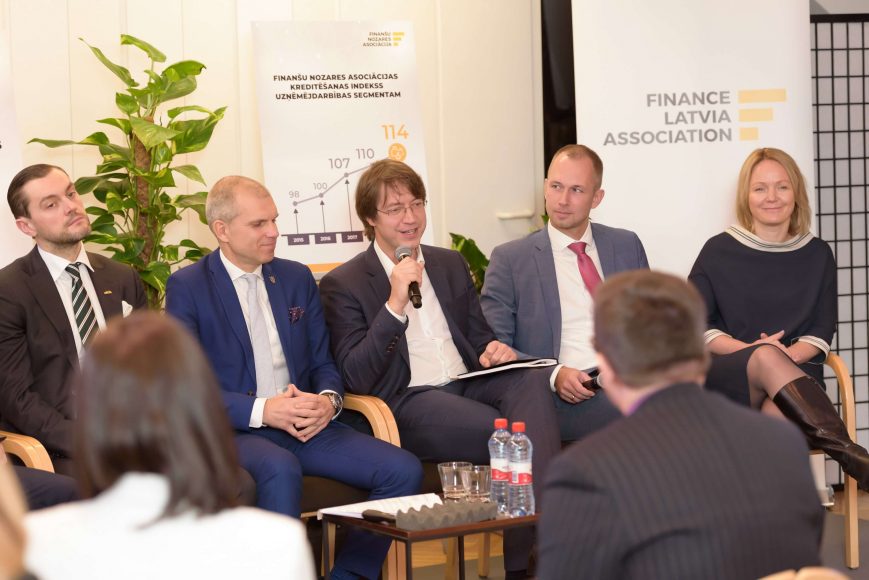 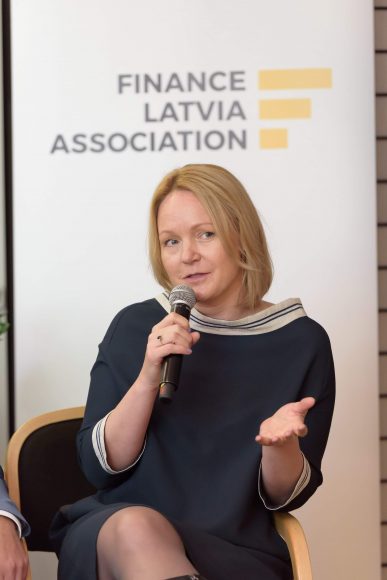 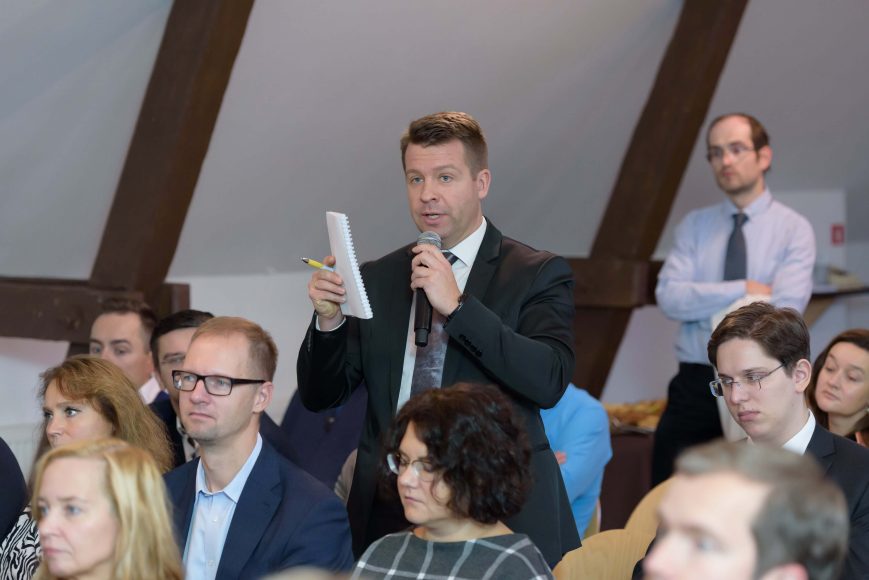 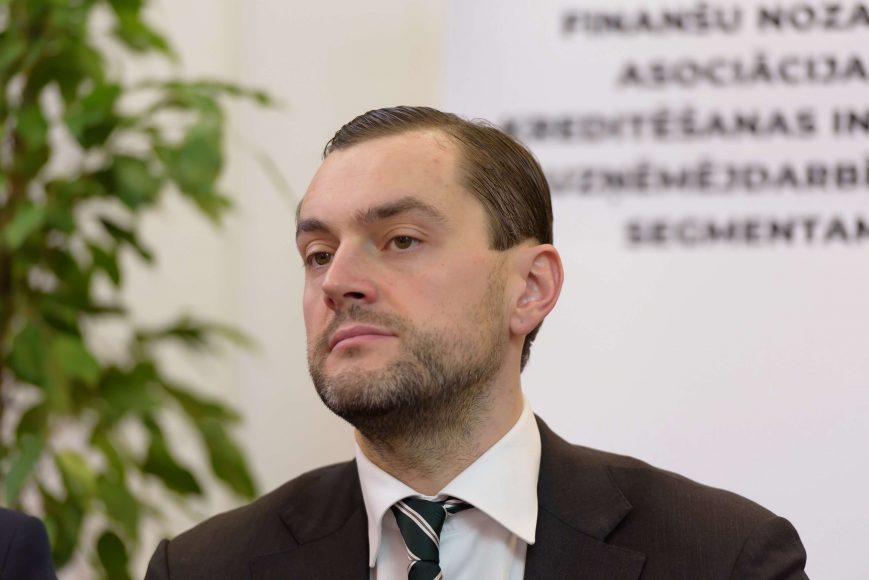 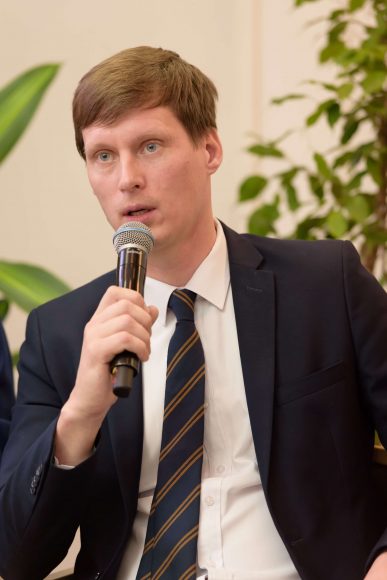 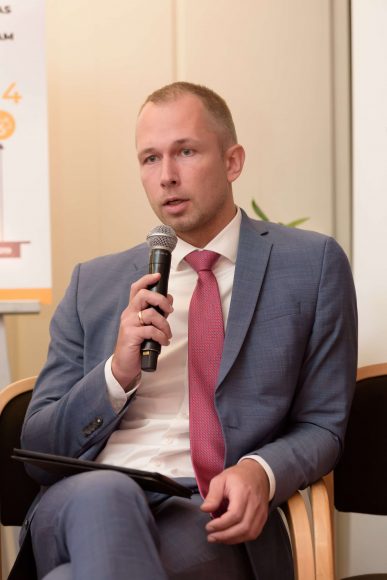 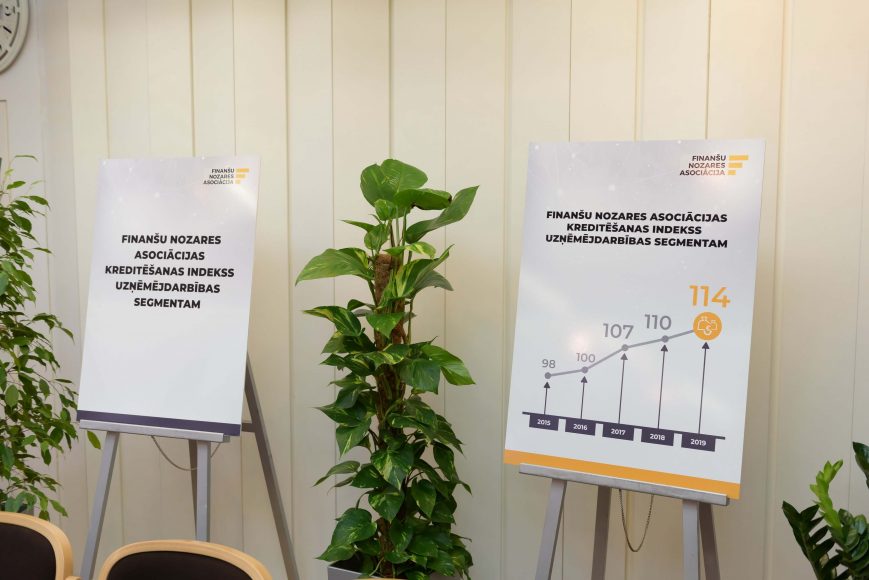