Luminor Bank has provided 650 thousand Euro financing to the farm Kalna Mikas for reconstruction of the farm building and the purchase of new equipment. The innovations will increase the production capacity, as well as contribute to the sustainability of the farm's business and improve the welfare conditions for cows.

Z/S Kalna Mikas is among those SMEs that qualified for more favourable lending terms offered since the beginning of the year by Luminor in cooperation with the European Investment Bank (EIB). The total cost of reconstruction of the farm building and the purchase of new equipment amounts to 826 thousand Euro. The project is being implemented by attracting co-financing of 341 thousand provided by the Rural Support Service, part of which will be used for partial early repayment of liabilities once the project is implemented. Over the last five years, the farm has already invested 1.5 million Euro in the development of Kalna Mikas, particularly for new equipment, tools, warehouse and renovation of drainage system.

“Kalna Mikas is one of those farms in Latvia, which we can consider as a good example for implementation of the EU projects and attracting the required financing, hence highlighting the strength of Latvia's farms. We are pleased to support Z/S Kalna Mikas modernization process to help the farm purposefully adapt to new trends in the dairy and the food processing industry. Moreover, thanks to the cooperation with the European Investment Bank, we were able to offer favourable lending terms to the client,”

The reconstruction of Z/S Kalna Mikas farm will include replacement of the roof and doors, installation of a ventilation system and restoration of the façade of the building. The farm plans to use the funding provided by Luminor Bank for purchasing milk tanks and two feed storage towers, which will ease storing its own grain, as well as for new feeders for the farm cattle. Furthermore, in the transition to an automated milking process, two milking robots will be purchased, which will increase the amount of milk obtained from one cow by about 15%. The farm currently has 278 cattle, 186 of which are dairy cows.

“By manual milking the existing number of cattle, as well as having the limited availability of labour, we reached the maximum production capacity. Now, we have taken a new development step to automate the milk production process. With the Luminor support, we will be able to increase the amount of the produced and sold milk without purchasing an additional herd, as well as continue to improve the welfare conditions for cows. Last year, the volume of milk produced per dairy cow already reached 9.7 tons, and now we plan to increase the production capacity by another 15%,” 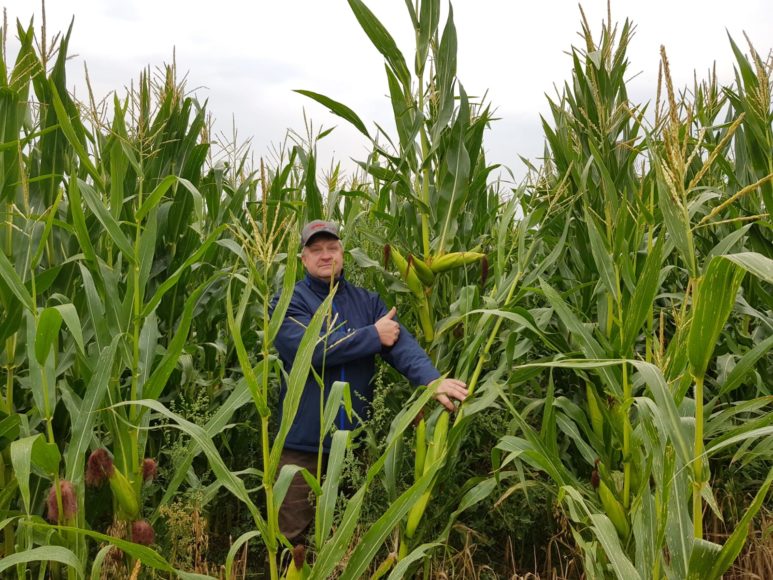 Z/S Kalna Mikas started the business in 1992 in Turlava parish, Kuldiga district. The main activity of the farm is related to the dairy and grain farming, managing an area of 449 ha. In 2019, the farm was awarded in the competition “Sējējs" (Sower) in the category Farm of the Year.