SEB banka: During the previous nine months, the number of SEB customers in private person segment grows by 17%, mortgage loans rise by 14%

In the first nine months of this year, SEB group in Latvia did active business – a total of EUR 455 million were issued in new loans, most of which or 65% were issued to business customers: EUR 160 million granted to SMEs and EUR 140 million granted to large companies. Loans for home purchase or repairs totalling EUR 112 million prevailed among personal loans in the first nine months of this year, growing 14% from the same period in 2018. Growth year-on-year was observed not only in lending but also in the number of individual customers in the retail segment which increased by 17%.

SEB group’s profit in Latvia was EUR 38.2 million or on the same level as in the nine-month period last year but the total loan portfolio increased 7% year-on-year to EUR 3.1 billion. 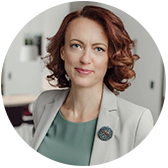 “Economic development has always been cyclic. Although the Central Statistical Bureau has made a statement about an economic cool-down, the economy is still growing and so far have not had any direct effect on the mood and actions of the population. Buoyed by the economic growth and upward movement of wages in the previous periods, consumer sentiment remained positive which is quite accurately reflected also in the bank’s performance – new mortgage amount issued by SEB banka in the first nine months of this year increased 14% year-on-year to EUR 112 million, and the amount of new leasing deals with individual customers rose even 28% compared to the nine-month period in 2018. Business entities, who consider external developments and economic fluctuations from a long-term perspective, are more cautious regarding business expansion and new borrowings.

Speaking about the finance sector in general, suspension of PNB banka’s operations definitely was one of the most significant events in the third quarter of this year that caused public resonance and affected the daily operations of our bank as we had to get to know new customers and ensure the opening of the bank accounts they needed. In this context, the visit of a representative of the U.S. Department of Treasury to Riga must be mentioned. This visit let us demonstrate that in general a lot has been accomplished in the Latvian finance sector to improve the regulatory framework and controls in anti-money laundering (AML) and implementation of the Know Your Customer (KYC) principle, as well as in building co-operation between the private and public sectors to speed up the response to any suspicious activities.

Thinking about support to business growth, our Business Growth Programme is becoming increasingly popular with each new edition. The programme’s fourth edition drew a record-large number of applicants – 60 companies, of which 24 presented their ideas to the jury and 14 will be selected for participation in the 6-month Growth Programme. We are pleased with the growing success of the Inspiration grant programme “(ie)dvesma” implemented in cooperation with seven municipalities – during the third season 51 applications were received from beginning businessmen and the financing available to them has increased to EUR 80,000.

As regards business deals this summer, I would like to highlight two of them – the issue of the “airBaltic” bonds that SEB arranged together with “JP Morgan” and the opening of the solar thermal plant in Salaspils that was financed by SEB banka. The latter project is very important not only for the bank but also for Latvia as it represents sustainable thermal power generation.

We remain committed to continuous improvement of our services and renovated the bank branch in Talsi in early summer. We continued our annual tradition and invited our customers to the Cēsis Art Festival also this year as this is event is popular among our customers. In early autumn we launched the first Open Banking feature – the customers using the SEB online bank can now access also their accounts at Swedbank. More than 5 000 customers have already assessed the benefits of this service.

In terms of digital development, it is nice to see the growing trend of using various digital solutions among our customers: in 9 months we had more than 1 300 video consultations with our customers, our mobile app is being used by already 143 552 users, Smart-ID users reaching more than 262 thousand in September at the end of the transition phase of the code cards. In this context, I would like to remind our customers, that by the end of the year, youngsters and elderly people can receive a code calculator for free. And what relates mobile branch, at the end of September, more than 900 customers have been serviced at the mobile branch since it was formed in June 2018.

Regretfully, there also some unpleasant aspects, notably, ongoing phishing attempts or online attacks to trick users into sharing their data with fraudsters. We are actively using social networking sites and communication with the customers to alert them to the potential threats to their data security.”

– Ieva Tetere, CEO of SEB banka, on the performance for the nine months of 2019.

“Despite a seasonal slowdown and a softening macroeconomic environment, clients remained active in the third quarter. Our diversified business model remains favourable and the operating profit increased by 5 per cent compared with last year while return on equity reached 13.2 per cent.”

The financial performance indicators of SEB Group in Latvia in the first nine months of 2019:

In the 3rd quarter of 2019, the bank received the following acknowledgements and awards:

More about the SEB Group in Latvia:

The SEB Group is a leading Nordic financial services provider. With a focus on building a close long-term relationship with its customers, SEB offers financial advice and a wide range of financial services in Sweden and the Baltic states. In Denmark, Finland, Norway and Germany, the Group's priorities are providing corporate and investment banking services to corporate and institutional customers. The international nature of the SEB Group's business is reflected in its presence in 20 countries worldwide. At 30 September 2019, the Group’s total assets amounted to SEK 3,046 billion while its assets under management totalled SEK 1,943 billion. The Group has around 15,000 employees. More about the SEB Group: www.sebgroup.com.

The sectors with largest lending volumes during the first half of the year, — food production, construction and agriculture